This page contains information about pupils at the Bar of England and Wales.

Pupillage is the name for a period of work-based learning spent in an Authorised Education and Training Organisation (AETO): either barristers' chambers or another approved legal environment. 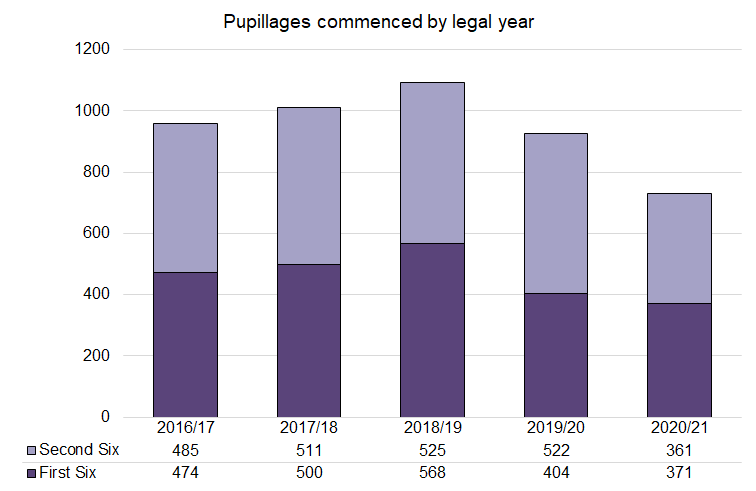 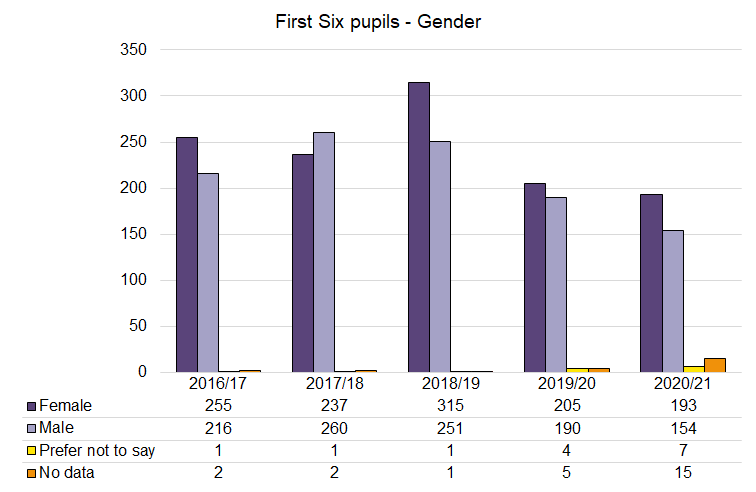 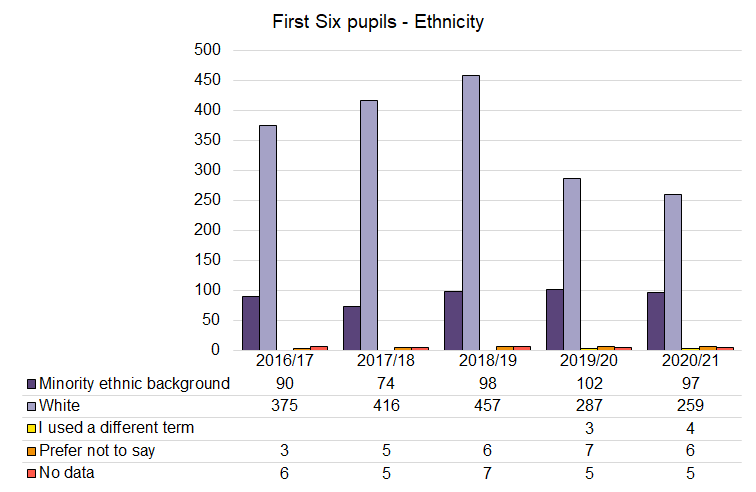 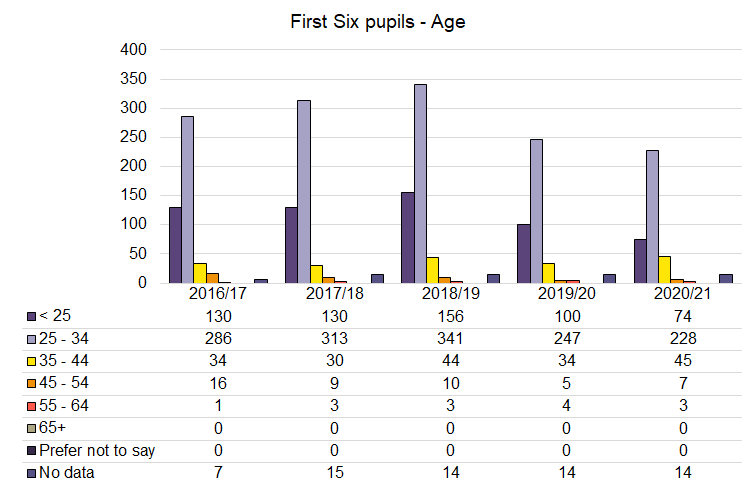 * Please note that our statistics on the age of barristers practising at the Bar are not directly comparable between 2015 and earlier years. This is due to us improving the way in which we obtained this information from barristers from 2015.

** Please note that reporting mechanisms have changed over the past years. As a result of sourcing from various data streams and the implementation of more robust quality assurance structures some numbers may vary from previous publications.

*** Please note that 30 September 2019 was a Monday, and more pupils started on this date than is usually the case. These pupils are recorded as having commenced pupillage in the 2018/19 legal year, even if the majority of their first six stage of pupillage was undertaken during the 2019/20 legal year. This has boosted the number of first six pupils for 2018/19 in comparison to previous legal years.

Date of next update

This data is sourced from the Bar Standards Board Database.