Current version of the BSB Handbook

Version 4.6 of the BSB Handbook came into force on 31 December 2020. You can view, download and search it by clicking the button below.

Version 4.6 of the BSB Handbook

From this page, you can:

To ensure that you are accessing the most up to date version of the Handbook, clear your cache, cookies and Internet browsing history regularly. 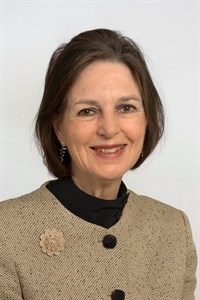 The BSB Handbook has set the standards of conduct for barristers since 2014. It serves as the key regulatory tool through which we can ensure the effective administration of justice is served. Barristers are central to the justice system, and clients depend upon their independence and ability to present their case fearlessly and effectively whilst providing a high standard of service.

We want the Handbook to be accessible for barristers, users of barristers’ services, and the general public. Our aim is that the Handbook should allow consumers to understand what to expect from barristers as well as providing clarity about the regulatory regime with which barristers must comply. But we recognise that, as it has developed over the years, the Handbook has become less easy to use and we have therefore announced a review of the Handbook to ensure that it remains fit for purpose, relevant, and accessible.

The Handbook also ensures that clients of barristers’ services receive the same level of protection and service regardless of the vehicle through which that service is provided. We now regulate a range of entities, including some alternative business structures. The Handbook ensures the public can be confident that the same standards apply to these different business structures as well as individual barristers.

Chair of the BSB

Version 4.6 of the BSB Handbook came into force at the end of the transition period following the UK’s exit from the EU. The changes affect Registered European Lawyers (RELs) practising at the Bar of England and Wales, and European lawyers seeking to be admitted to the Bar. They also implement provisions relating to the Swiss Citizens’ Rights Agreement, which was agreed by the UK and Switzerland in 2018. You can read more about the BSB’s regulation and the UK’s exit from the EU on our website here.

The new Internal Governance Rules, set by the Legal Services Board (LSB), aim to further enhance the BSB’s regulatory independence and Version 4.5 of the Handbook therefore reflects the requirements of the new rules.

In addition, version 4.5 includes updated guidance on Core Duty 9, making clear that barristers’ duty to co-operate with their regulators includes all relevant regulators and ombudsman schemes.

Version 4.3 of the Handbook includes the new Enforcement Decision Regulations, contained in Part 5:A, which replace the old Complaints Regulations. The new Regulations were designed to improve the way that the BSB assesses and handles reports about persons we regulate.

The Regulations remove the distinction between “complaints” and other types of information received, to allow for a more holistic approach to addressing concerns about those whom we regulate. Information that requires assessment is referred to as a “report”, regardless of its source. A report can be treated as an allegation and formally investigated if it reveals a potential breach of the BSB Handbook.

Two new roles have been created to take regulatory decisions – the Commissioner and the Independent Decision-Making Body – following the disestablishment of the Professional Conduct Committee. The powers and functions of each role are set out in the Regulations, including the decisions available to each role at the end of the investigation of an allegation. The Commissioner’s powers include the power to authorise other persons to exercise any powers, and these authorisations are recorded in the Scheme of Delegations, contained in the Bar Standards Board Governance Manual.

New guidance (gS8A - gS8C) clarifies that the following arrangements are permissible, and barristers seeking to work in these ways do not need to obtain waivers from rS39:

rC110.3.s.i has been removed. This removes the restriction on the reporting of diversity data relating to sexual orientation and religion or belief unless all members of the workforce provide consent.

Version 4.1 of the Handbook includes the new price, service and redress transparency rules for self-employed barristers, chambers, and BSB entities. The new rules are designed to improve the information available to the public before they engage the services of a barrister, and follow recommendations from the Competition and Markets Authority that legal regulators should introduce new requirements in this area.

The rules require all self-employed barristers, chambers, and BSB-regulated entities to publish specified information about their services, including which types of legal service they provide, their most commonly used pricing models (such as fixed fee or hourly rate), and details of their clients' rights of redress. As set out in the BSB's price transparency policy statement, Public Access barristers providing certain types of services are also required to publish additional price and service information. The BSB has also published guidance to help the profession comply with the new rules.

The fourth edition of the Handbook includes the new Bar Qualification Rules. Our recent reforms to education and training for the Bar aim to ensure that training to become a barrister is more accessible, affordable, and flexible, and that it maintains the high standards of entry expected at the Bar. At their core, the Bar Qualification Rules set out the minimum training requirements to qualify and practise as a barrister. The rules also bring into force a new system for Authorised Education and Training Organisations (AETOs) to deliver one or more of the three components of training (academic, vocational, and pupillage or work-based learning) in accordance with our Authorisation Framework. To coincide with the publication of the Bar Qualification Rules, the BSB has also published a new Bar Qualification Manual. This provides further guidance on the new rules for AETOs, students, pupils, and transferring lawyers.

Older versions of the Handbook

Here you can download the 8th edition of the Code of Conduct of the Bar of England and Wales, and all the older versions of the Handbook: